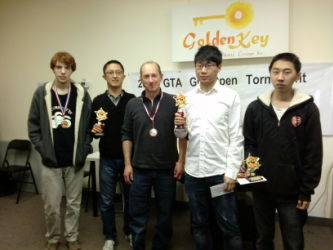 The matches are open to all children age 14 and under with current level of 25 kyu to 1kyu.

Explanation:
There will be no handicaps for exam games with in the same group. All children in one group must be entered as the same level to start with.
For example:
If the participant is 12K, he/ she will be entered as 15K to compete in the 15K raising to 10 K group.

If there are not enough players, the Tournament/ Exam Organizer will arrange the pairing manually and post it out during the matches.
If there are not enough players in the same group, and the participants level different from each other greatly. The handicap is decided by the Canadian Go Association and the organizer for the match to be effective.

Any questions? Ask us, we will try to answer as best as possible.